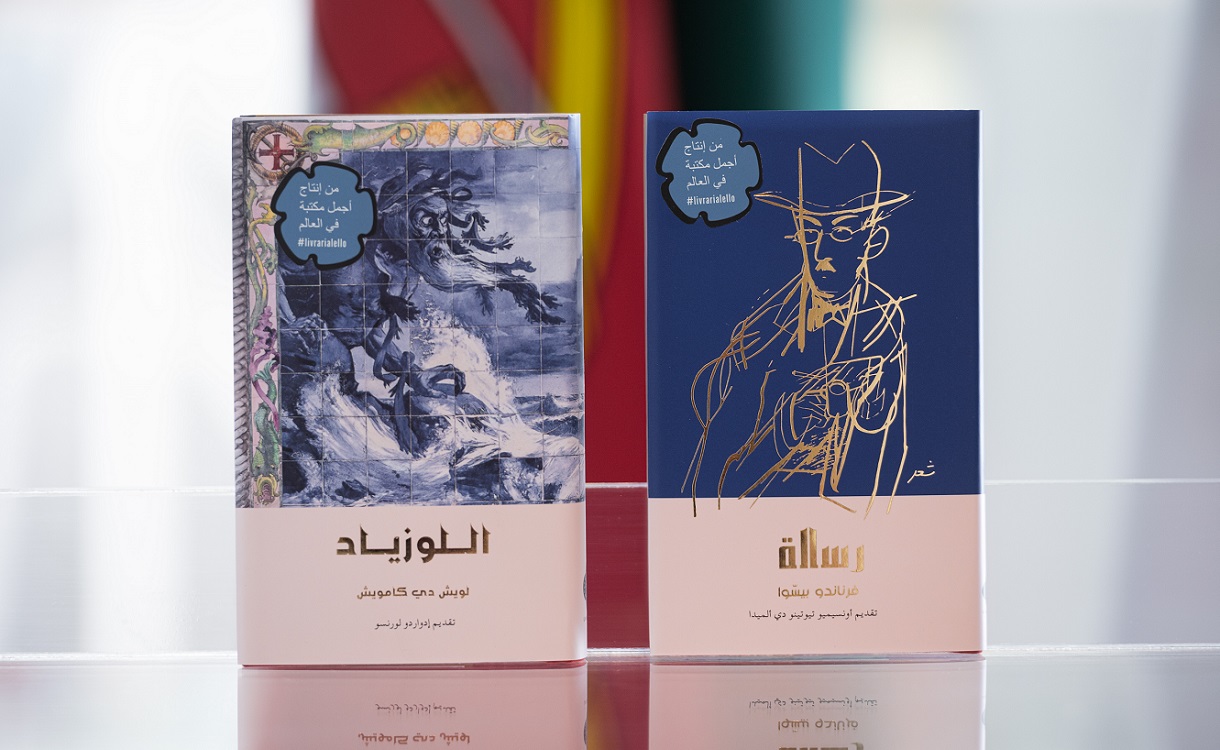 The first editions in Arabic of the most famous poetic works in Portuguese literature have 1000 copies each and were launched in Dubai, on the day Livraria Lello celebrated its 116th anniversary.

The Arabic language has around 275 million speakers, which makes it the fifth most spoken language in the world. Surprisingly, two of the greatest works of Portuguese literature, The Lusiad by Luís de Camões, and Message by Fernando Pessoa had never been translated into Arabic. The first editions in this language are now reaching the world, with the seal of Livraria Lello.

“As exporters and promoters of Portuguese Literature and Culture, it is with great satisfaction that we contribute so that two works that portray the country and its people in such a special way reach the Arab world”, emphasizes the administrator of Livraria Lello, Aurora Pedro Pinto.

The two books are part of Livraria Lello's collection of classics – The Collection – and their translation was carried out by Abdeljelil Larbi, professor of Arabic Literature at the University Institute of Lisbon. After careful translation work that took two years to complete and included a complete documentary research, the translator highlights that “the Arab language and the Arab readers will benefit from the presence of these two works in their countries”.

The launch of The Lusiad and Message in Arabic took place at the Portugal Pavilion at Expo Dubai, on January 13, the day Livraria Lello celebrated its 116th anniversary.

In The Lusiad (1572), Luís de Camões tells the history of Portugal since its foundation, with great emphasis on the Age of Discovery. There are 10 cantos, 1102 stanzas and 8816 verses, which narrate the great epic called Portugal. And because such an epic culd not be held hostage to a single language, we can find versions of The Lusiad in Spanish, Russian, French, German, Italian, Hungarian, Dutch, Danish, Japanese, Swedish and even in Konkani or Esperanto. The Arabic was missing. [Available online]

Message (1934) is Fernando Pessoa's dream of Portugal. This is his only book of poems in Portuguese published during his lifetime. In the 44 poems of Message, centuries of history are told, filled with glories, heroes, and myths. Just as Camões had done four hundred years before, the poet looks at the greatness of sea voyages as an incitement to dream and action: “It's the Hour!”, he writes in the last verse. [Available online]