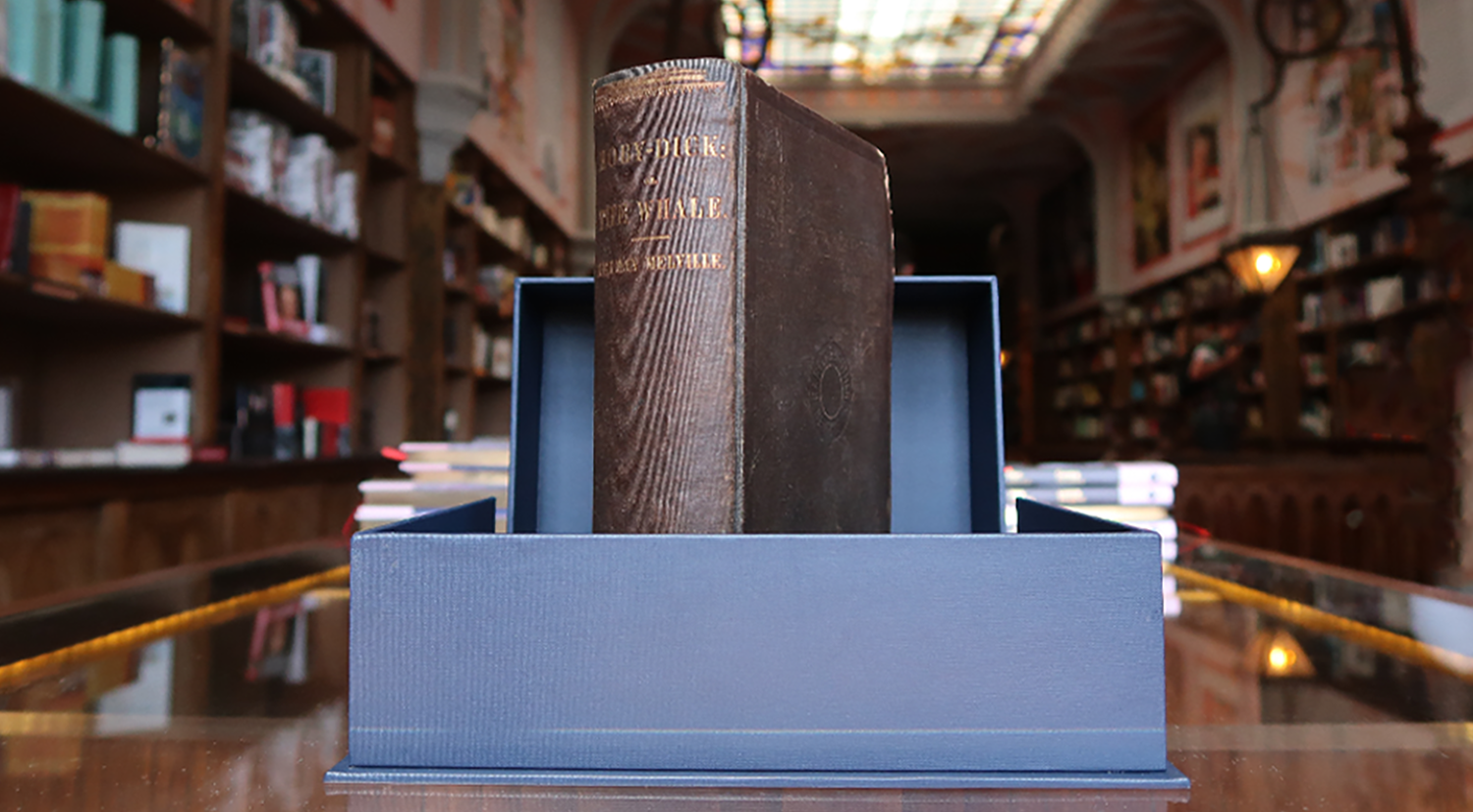 In the month of Herman Melville’s birth, Livraria Lello honors the author through his masterpiece, Moby Dick. Since 2019, a copy of the work’s first edition, which belonged to Jim Morrison, has been part of the assets of the centenary Porto bookshop.

Fulfilling the mission of valuing the book and preserving the stories that make each copy unique, Livraria Lello acquired, in 2019, the copy of the first North American edition of Moby Dick that belonged to Jim Morrison, lead singer of The Doors, in an investment of more than 32 thousand euros.

“The book features the original binding, marked by time and the weight of the shelves, but in good condition. It also contains a signature of the previous owner on the frontispiece, dated 1890, and includes a leather case personalized by Jim Morrison”, describes Susana Mano, bookseller at Livraria Lello.

This copy was found in Jim Morrison's apartment after his death in 1971. Since then, the book has been with the family of Pamela Courson, Morrison's girlfriend. “A legal document signed by Courson's niece, which attests to the veracity of this story, accompanies the copy”, stresses Susana Mano.

According to Jim Morrison biographers, the rock star was also an avid reader and drew inspiration from a wide range of literary sources for his lyrics, from Blake to Kerouac to Baudelaire, Huxley, and Nietzsche.

Moby Dick was originally published in three volumes in London under the title The Whale. A month later, the North American edition was launched, with the title that became more famous and in a more complete version than the original. Although its depth was not fully understood by contemporaries, which explains the fact that for 50 years it has not known a second edition, the work has become one of the greatest classics of world literature.