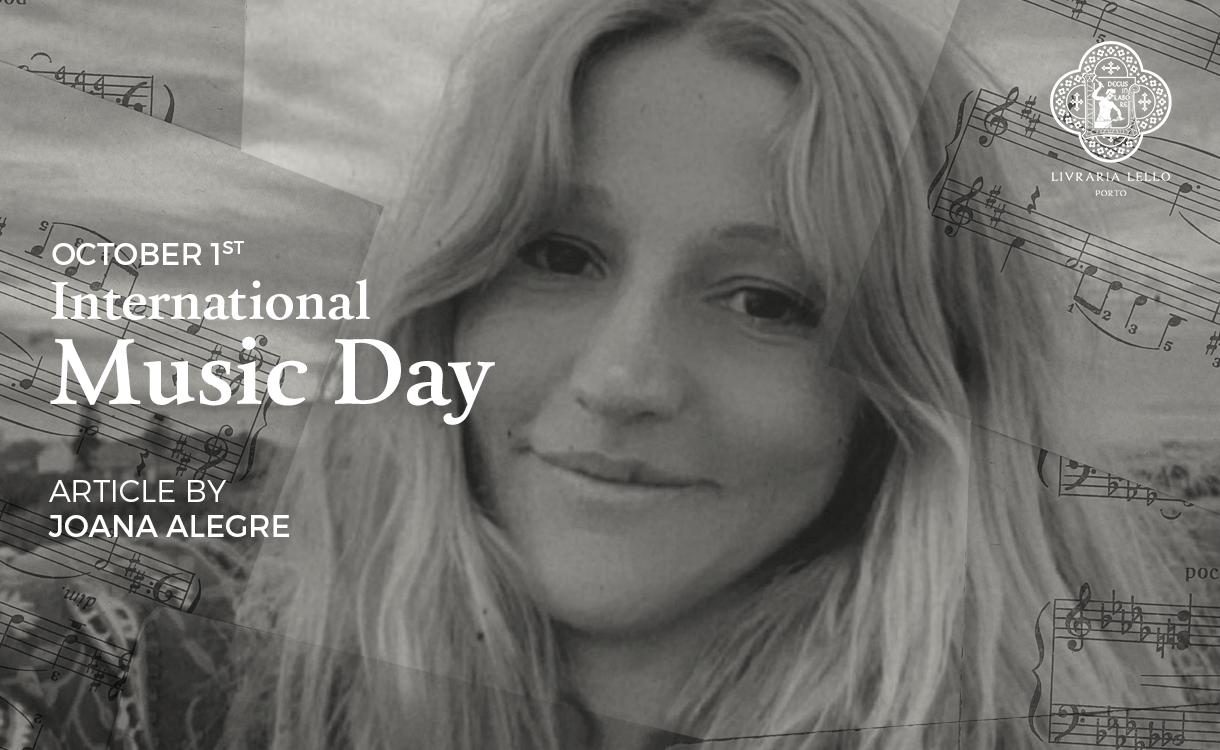 
“Today and since we exist in the possibility of accessing knowledge, it is unquestionable that you are a better musician when you read a lot, in terms of quality, and vice versa. It is not possible to have an artistic voice if you do not experience this intense and secular correlation between poetry and music (…).”

In the beginning, there was sound, coming from the chest and born in the voice, before the word, in the primordial manifestation of human expression, evolving over time in the sense of speech. Maybe the first phonetics was more chanting, overflowing with vocalized emotion? Over time, in the cadenced repetition of rituals and celebrations, it was defined, concentrating more and more subtlety and meaning, becoming more sophisticated, finally arriving at speech and language.

From speech to symbology inscribed on the stone, and then finally the written and spoken word, sung. At the genesis of this evolution is a sound and rhythmic code, fluid and varied, comes from the pulse, the heart rate, the tone inside the metric, the accentuation of time, the syllable as it encompasses the prosody, in the richness of everything which is sensory intuited and transmitted through the sound that comes out of us. Then it asks to be written down, though it often asks to be written down as well in a mute scream on the page, in a single rip, before the sound of the voice.

It is part of human nature, the emotion and the impulse to share, which are inherent and important engines of transformation, and in particular, also catalysts of this complex dialectic between the sound from within and the structured formulation of oral and written expression.

I believe that orality and language in music are paramount, and, like poetry, before literature. Literature, prose in its various forms of close kin, is also the food of music, but the former does not exist without the latter, and the reverse is not true. Ezra Pound said in his “ABC of Reading” that poetry and music were born together and that when poetry moves away from music, it is lost, and even that poetry will not be literature. Another great poet of the 20th century, the Frenchman Paul Valery, stated that poetry would be a “hesitation between sound and meaning”.

"The great writers, poets, singers, bring within themselves this domain of free singing associated with the power of the written message"

Today and since we exist in the possibility of accessing knowledge, it is unquestionable that you are a better musician when you read a lot, in terms of quality, and vice versa. It is not possible to have an artistic voice if you do not experience this intense and secular correlation between poetry and music, and you simply are not as complete as an individual if you are not culturally literate, sensitive and educated beings.

The timelessness of a superior work, successful in this symbiotic relationship between song and word, is found not only in the post-modernist forms we know and in all contemporary manifestations, but also in the path of cultural maturation, consolidated over the centuries, from classical antiquity, and further on with a very clear statement in the Provencal or troubadour style, and the songs of a friend from the 11th/12th century and later in Madrigal between the 13th and 16th centuries. Provencal poets wrote, composed, sang or said their poetry and accompanied each other by playing an instrument. It can be said that they were the first singers. The great writers, poets, singers, bring within themselves this quintessential mixture, this domain of free singing associated with the power of the written and sung message, so often crossing and breaking barriers, creating new spaces of expression, deepening critical awareness and sensitivity, and not infrequently even contributing to the opening of public space and profound changes in society.

Music, considered timeless, generally brings pressing messages that remain current in the yearnings, which are also timeless, characteristics of human beings, always in their Kantian search for more and better. That's why art is so fundamental, because it leads us on this path, along the paths we only traverse through art.

Immediate references that come to mind, the traditional folklore of each country, continually celebrated and relayed and reinvented, the Realbooks of jazz standards that cross every day of rain and a glass of wine, and black spirituals or work songs, in the clamor for freedom, leveraging the African-American liberation movement, as well as the intervention song and authors from the 60s, such as Bob Dylan (Nobel Prize in Literature), Violeta Parra, Joan Baez, Leonard Cohen, Chico Buarque, Vinicius de Moraes, Joni Mitchel, Patty Smith, or why not mention the dawn of a unique era, full of women singers like Florence Welch, Maggie Rogers and Aurora Aksnes, and so many others, countless, but who personify the true meaning of this unbreakable formula where a song can be a great poem and vice versa.

On International Music Day, and given the relevance of this theme, it will be convenient to inform the reader that on October 5th, at Teatro São Luiz, Portuguese music will celebrate the poetry of one of its most sung poets of all time, Manuel Alegre. With Ana Bacalhau, Jorge Palma, Camané, Agir, Cristina Branco, and special contributions from the singular Maria Bethânia and Carlão, you are all invited to our concert of major poetry in vice versa, “Um Só Dia”.

Joana Alegre is an Indie Folk/Baroque Pop singer with Classical and Jazz training - Academia Duarte Costa, Hot Club de Portugal, Summer school New School NY and Meredith Monk House Foundation. Graduated in Political Science and International Relations, and with a Masters in Communication and Culture, she followed the Jazz training at Escola Luís Villas-Boas of the Hot Club de Portugal, and also studied at the Summer School in Veneto, Italy, of the New School For Jazz and Contemporary Music - University in New York. She attended the Meredith Monk House Foundation's multi-performative course, and learned from big names like Rogerio Boccato, Theo Bleckmann, Amy London, Steve Coleman or Aaron Goldberg. She made her solo debut in a concert at the mythical The Shrine.

On her return to Portugal, she participated in the musical “O Fantasma de Chico Morto”, and joined the Gospel Collective choir as a soloist and vocal coach. She has several collaborations with renowned national jazz, rock and pop musicians, including Mikkel Solnado with whom she would perform the well-known duet “E Agora?” and who would go on to produce her first album, “Joan & The White Harts”, with which she was a semi-finalist singer-songwriter at the International Songwriting contest in 2016 and 2019. More recently, she was a finalist for The Voice Portugal 2019/20.

She is currently recording her second album of originals produced by Luísa Sobral, and works as a songwriter, lyricist and vocal coach at the production company Great Dane Studios.
24.09.2021
Blog