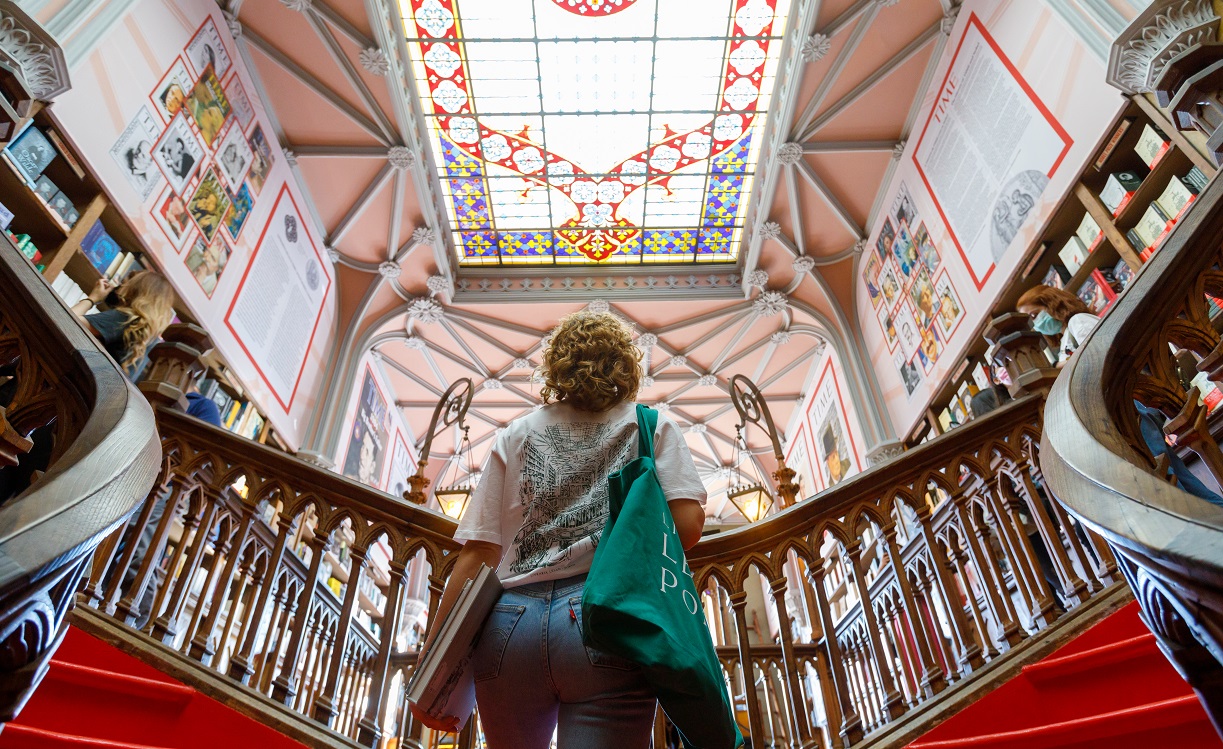 Livraria Lello signed an agreement with Hallotex SL to authorize the exclusive sale of t’shirts and tote bags of the World’s Most Beautiful Bookshop, through Zara's online and physical stores.

The illustration of the iconic staircase at Livraria Lello is now on the t-shirts that are now available in Zara's distribution channels, both online and in physical stores. As a result of an agreement signed with Hallotex SL, supplier of Inditex, the owner of the Spanish multinational, t-shirts and tote bags were produced in certified organic cotton, thus complying with rules of environmental sustainability, by which Livraria Lello is governed.

This is also another action that reinforces Livraria Lello's mission to preserve and value the Book, since the royalties we receive for the license to use the brand will serve to recover the book's heritage, a project already started with the acquisition of the historic Coimbra Editora , which at the age of 100 saw its doors close, and which will soon continue with the acquisition of part of the estate of Brazenhead Books, known as the last Pirate of New York, as the New York Times called him, and which has closed its doors in 2019.

This is also another action that reflects the path that Livraria Lello has been following in positioning its brand in the world, and that has resulted in partnerships with such extraordinary brands, such as Pantone or Time. It is equally, and even more important, another step taken in valuing and promoting the Most Beautiful Bookstore in the World, but also and above all the Book and that humanly superior act, which is Reading.

Livraria Lello was inaugurated on January 13th, 1906, remaining until today as a space dedicated to Culture and Books. In 2019, before the pandemic, Livraria Lello sold 700,000 books, and even during the first confinement, it had the audacity to offer books at the world's first drive-thru bookseller, to launch a new edition of new authors who told us “its pandemic”, through the contest “Quarantine Tales” among many other moments that aimed to meet the absolute need for the Book as a good and the Bookstore as a service of the very first need.