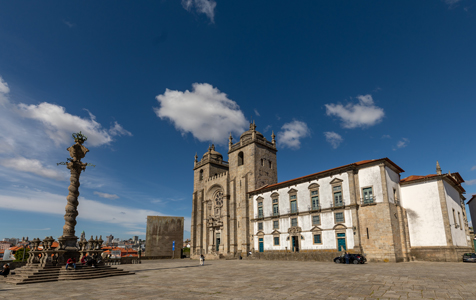 The whole area surrounding Porto's most important religious building holds a very special charm as sublimely described by Almeida Garrett in O Arco de Sant’ana (1845): “A grandiose spectacle was offered at that moment to the view in the small square, or courtyard, that closes on one side the frontispiece of the ancient Cathedral, to its left the bishop's residence, in front of the cathedral the small houses, occupied probably then, as today, by several members of its clergy, and to the right the elevated terrace from which descend the stairs leading to São Sebastião and to the entire second terrace, as might be said, of the ancient and steep city, whose streets and houses you might say tumbled down from the high pinnacle of the Cathedral to where the Porta Nobre (Noble Gate) is today, along with the last slopes of the hill by the river.”


The description is almost 200 years old but still up to date. Built on the highest point in the city, the Cathedral is understandably a place with privileged views over the historic centre and the River Douro. The construction stands right next to the first ring of the city’s defensive walls, and was built, like these walls, in the 12th century, on the initiative of Bishop Hugo.


The cathedral reached its current volumetry in the 13th century and with the cloister added in the following century in the Gothic style.  Later, in the 17th and 18th centuries, the exterior and interior underwent transformation with the application of features in the Baroque style.
It was classified as a National Monument in 1910. 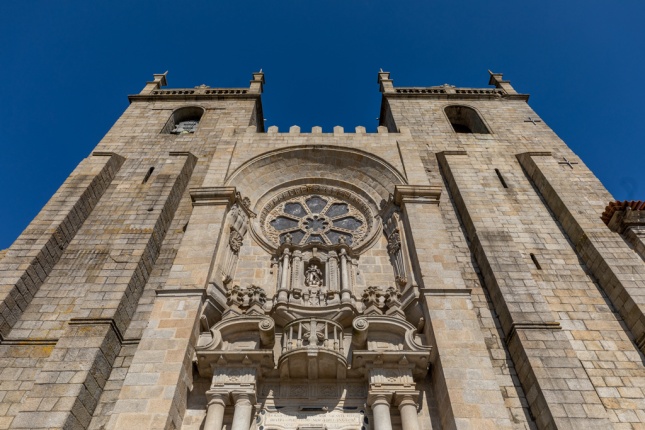