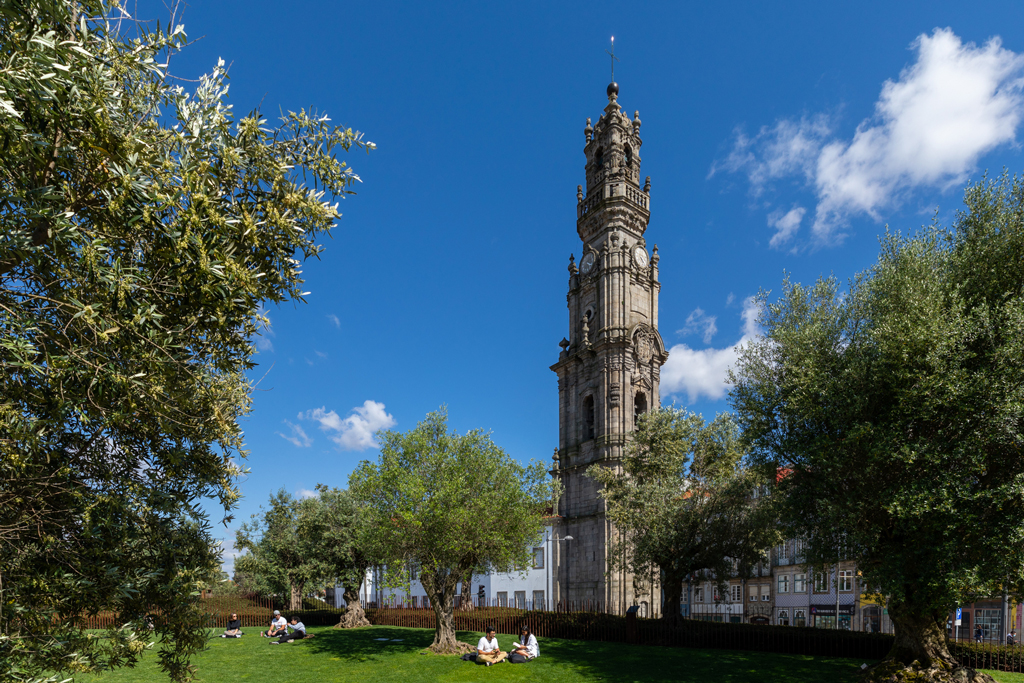 “For my soul would I desire such a tower/ so tall /so hazy, attending upon the river […]”.

These lines by Jorge de Sena in Metamorfose (Metamorphosis) lead us to the Torre dos Clérigos, one of the city's most emblematic features, whose grandeur inspired the poet. The author studied in Porto during the period he wrote Coroa da Terra (Crown of the Earth) (1946), a work that includes Metamorphosis, in which he made a dedication "to the city where this book was, for the most part, lived and written […]”.

The architectural ensemble of Clérigos, which includes the Tower, the Church and a Museum, is, in fact, a must-see for everyone visiting the city of Porto. The church and tower are part of an eighteenth-century construction of Baroque inspiration which shaped the city’s urban configuration and, in 1910, was classified as a National Monument. Nicolau Nasoni designed it with great brilliance, establishing an identity landmark on a steeply sloping street, which can be seen from almost anywhere in the city.

The Church and Tower are united by the Casa da Irmandade (House of the Brotherhood) which has been open to the public as a Museum since 2014, with its exhibition inviting you on a journey through time and space, through image and devotion.