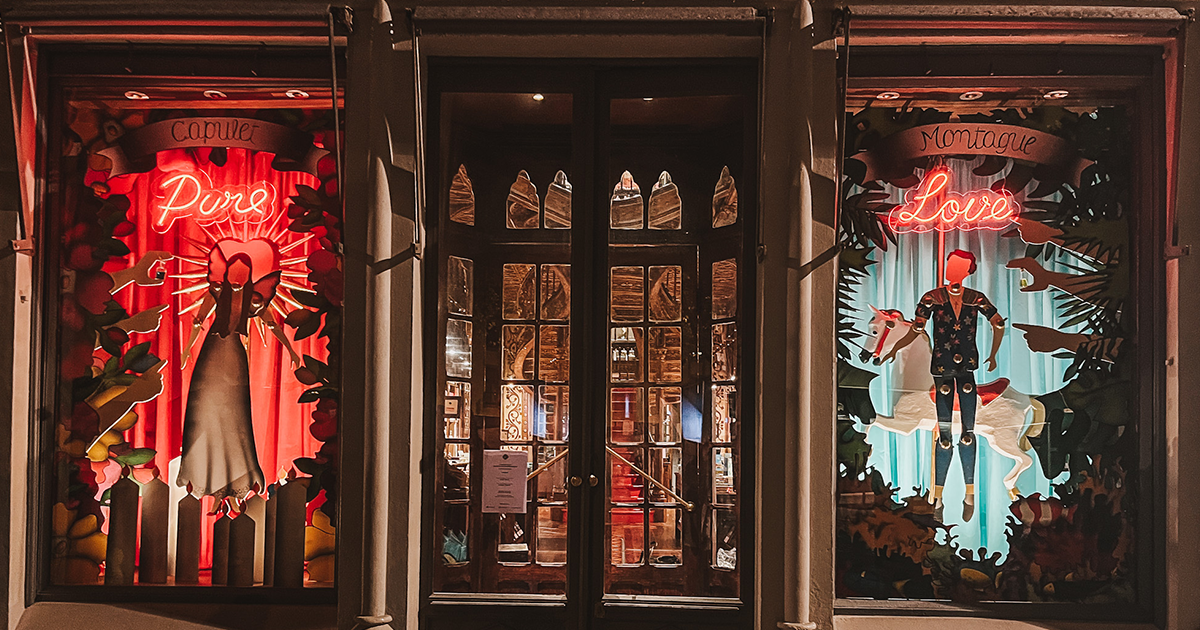 Romeo and Juliet is undoubtedly one of the greatest love stories of all time. In the Spring of their lives, 16-year-old Romeo and 13-year-old Juliet fall madly in love defying the rivalry of their families. The forbidden love eventually leads the young couple to their death.

“The Most Excellent and Lamentable Tragedy of Romeo and Juliet”, as Shakespeare originally named it, perfectly exemplifies the contrast between social and religious rules and beliefs and the pursuit of personal happiness. The play needs no introduction, as Romeo and Juliet’s story is so intertwined with humankind’s social and cultural landscape that explaining it would be like describing the Eiffel Tower.

The rawness and beauty of these star-crossed lovers has been inspiring pop culture since it premiered, 425 years ago. The play influenced musicians from Lou Reed (Romeo had Juliet, 1989) to Drier Straights (Romeo and Juliet, 1981), it also inspired Leonard Bernstein and Stephen Sondheim’s world-famous musical West Side Story (1957).

Published by Livraria Lello with Salvador Dali’s rare illustrations in The Collection, Romeo and Juliet is the subject that brings Spring to our window displays. Inspired by Luhrmann’s kitsch 90s universe present in Romeo + Juliet, an explosion of color and blossoming flowers aim to bring two classics – Shakespeare’s and Luhrmann’s – to the world’s most beautiful bookshop and therefore connect both works with younger generations.

ABOUT THE AUTHOR:
Hugo Cardoso is a young creative graduated in Theatre from the Academia Contemporânea de Espetáculo, in Porto. Owner of a restless mind that he feeds mainly with travels, books and cinema, he started working at Livraria Lello as a bookseller more than 10 years ago. In 2020, he took on the role of Creative Director at the World's Most Beautiful Bookshop.