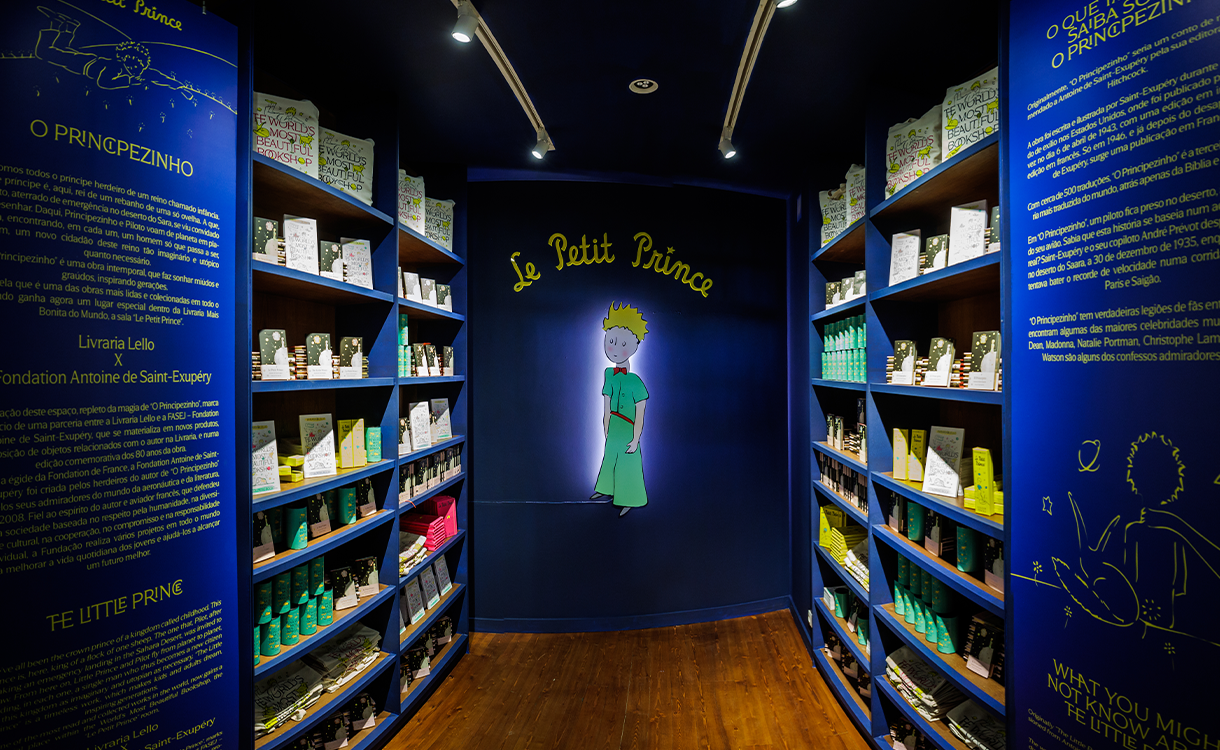 New artistic installations, an exhibition and a room entirely dedicated to The Little Prince mark the start of a partnership with the Fondation Antoine de Saint-Exupéry and the celebration of Christmas at Livraria Lello.
The Little Prince invaded the Most Beautiful Bookshop in the World to disseminate the magic of Christmas to readers. Few will know, but Exupéry's work, which has inspired generations of readers for eight decades, was commissioned from the author as a Christmas tale, in 1942, only to be published in April of the following year. Livraria Lello decided to recover this original intention and was inspired by O Principezinho to celebrate this year’s festive season.
The creation of the Le Petit Prince room, a new space full of the work’s magic, also marks the beginning of a partnership between Livraria Lello and FASEJ – Fondation Antoine de Saint-Exupéry, which materializes in new products, exhibition of related objects with the author at Livraria, and in a commemorative edition of the work's 80th anniversary, to be launched in April 2023.
Also from now on, copies of the first editions of O Principezinho in English and French, numbered and signed by the author, which are part of the collection of Livraria Lello, are on display on the 1st floor of the bookshop. In this exhibition, which is also an artistic installation, the infinity of the work and its multiple interpretations sets the tone for two true treasures to be hidden and revealed by a surprising play of mirrors.

And in the bookstore's windows, Principezinho and his Rosa now welcome anyone who passes by Rua das Carmelitas, in an artistic installation signed by Atelier Caviar/Opolab, which combines sustainable materials with small points of light, to highlight the two core elements.

Throughout the Christmas season, the Most Beautiful Bookshop in the World promises surprises in its cultural program and, of course, the ideal suggestions so that there is no shortage of books in the shoe.
02.11.2021
News