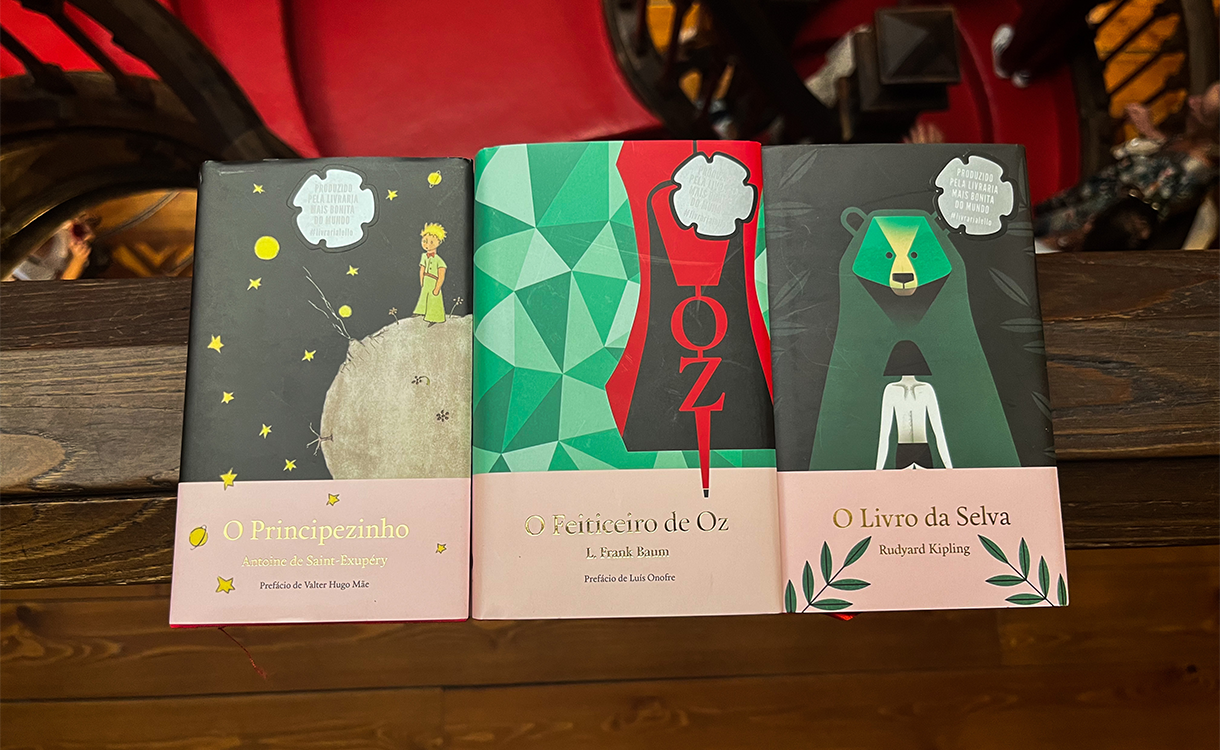 The list of new books to be included in the National Reading Program has been released and includes three books from the collection published by the world's most beautiful bookstore. O Principezinho, O Livro da Selva and O Feiticeiro de Oz are the three works from The Collection selected to be part of this selection.

The Catalogue of the National Reading Program, PNL2027, publishes books for all ages, selected annually by publishers and which, after being assessed by a team of independent specialists, are included in the project. This selection is made according to literary merit, scientific rigor, aesthetic dimension, and the quality of the book's translation. This year, three books from the classics collection published by Livraria Lello will have the Ler+ stamp on their covers, attributed by PNL2027.

Livraria Lello launched The Collection in 2018, resuming the publishing activity that was so important in its past and taking a fundamental step towards the mission of "getting the whole world reading" and turning all its visitors into readers, and all those who already are into more avid readers.

The collection includes literature classics translated into different languages and has, so far, 29 titles.

The Little Prince was once the prince of a kingdom called childhood, but in this story, he is the king of a flock of one sheep. This story portrays the adventures of the Little Prince who, together with a Pilot, flies from planet to planet, finding a single man who thus becomes a new citizen of this imaginary and utopian kingdom on each one. The Jungle Book tells the story of Mowgli, a boy raised by wolves, who has to face dangerous animals in Rudyard Kipling's most famous work. Finally, The Wizard of Oz is one of American literature's best-loved children's stories and tells the adventures of Dorothy, her little dog, the Scarecrow, the Tin Woodcutter, and the Cowardly Lion in the strange and magical world of Oz.