AUTHOR OF THE MONTH: ONDJAKI 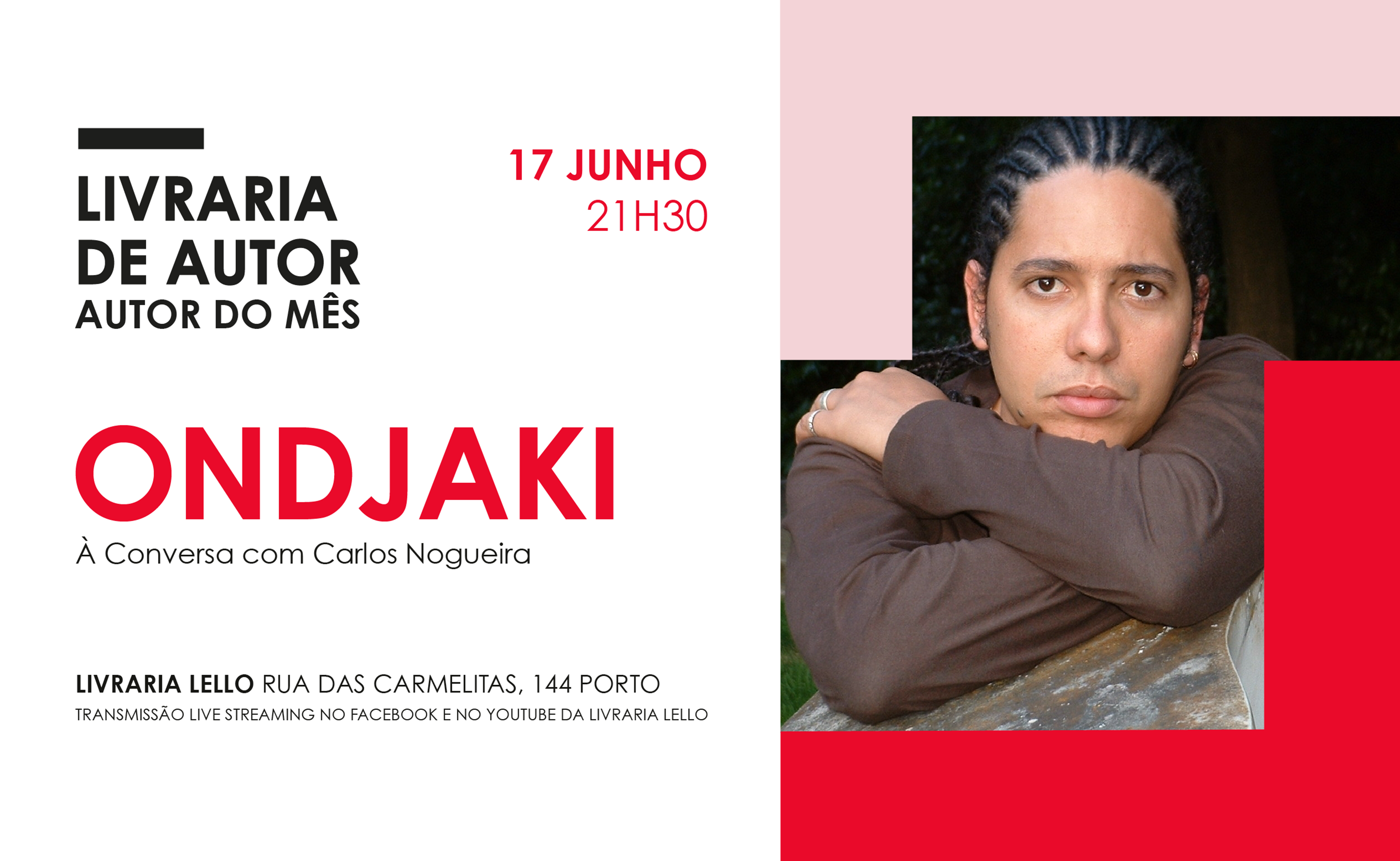 Livraria Lello is dedicating the month of June to Ondjaki. On the 17th, at 9:30pm, we welcome the author for a conversation with Carlos Nogueira, a Literature professor at the University of Trás-os-Montes e Alto Douro (UTAD), about his prestigious literary career.

Ndalu de Almeida, known by the pseudonym Ondjaki, besides being a writer, prose writer and poet, is also a filmmaker, artist and painter. Born in Luanda in 1977, the writer is part of the first generation of Angolans who grew up in an independent country. His childhood was spent in a country at war, where he sought refuge in books and reading. Perhaps this is why Luanda is the central character in his writing and an inexhaustible source of the literary energy he uses to reinvent his own memories.

The more than 25 books he has published have earned Ondjaki several literary awards, including the José Saramago Prize he won in 2013 with Os Transparentes. Os da Minha Rua, Bom dia Camaradas, and O Assobiador are other of the best-known works of the author who has been translated into French, Spanish, Italian, German, English, Serbian, Swahili and Portuguese.

The session is free entry, with registration on Livraria Lello's website. It will also be possible to watch the event via live streaming on the Facebook page or on the Youtube channel of Livraria Lello.

TO ATTEND THE EVENT AT LIVRARIA LELLO REGISTER HERE!
Add to my calendar