Livraria Lello heard the opinion of bookstagrammers
Sandra Cavaleiro, Carolina Branquinho, Álvaro Cúria, and Ludgero Cardoso have a big passion for books and they share it with the world through their Instagram pages. All followed with great anxiety the disclosure of the winner of the Nobel Prize for Literature 2021. At the invitation of Livraria Lello, here are their first reactions.

The world of Literature is experiencing its first moments after the announcement of the 2021 Nobel Prize laureate. Abdulrazak Gurnah, unknown to most of the Portuguese, now enters our sphere and arouses the curiosity of many readers. Born in Zanzibar, Tanzania, in 1948, he arrived in the UK 20 years later as a refugee. It is at the University of Kent that he currently conveys his essence as a man, writer and professor.

He was awarded the Nobel for putting in writing “effects of colonialism and the fate of the refugee in the gulf between cultures and continents”. The Nobel Prize in Literature is much more than just a prize. Along with the Nobel Peace Prize, it allows a voice to be given to underrepresented groups. At a time when it is impossible to remain indifferent to the suffering of migrants, refugees and silenced groups around the world, this award goes beyond the pages of Abdulrazak Gurnah's books.

In By the Sea (the author's only novel translated into Portuguese), Gurnah tells us some “Refugee Tales”, showing that “Paradise” can exist, almost like “The last gift” in an “Afterlives” in which there is no space for “Desertion”. Just to be the voice that everyone, in the comfort of the Western world, must hear and pass on to the next generations.

There is so much literature in the world and we often end up reading about the same topics all the time... Prizes like the Nobel show us different realities, offering new worlds to our world. Abdulrazak Gurnah is the new Nobel Prize for Literature and his name was received with some surprise. With only one book published in Portugal (out of print), it is normal that it was unknown by many Portuguese readers.

Gurnah was born in 1948 in Zanzibar, Tanzania, but lives in England, where he fled in the 1960s due to political upheavals that led to the persecution of citizens of Arab origin in his home country. This theme of refugees guides much of his work and is the reason given by the Swedish Academy to award him. I'm anxious that national publishers offer us his work, as it is essential to read about these very important topics.

The novelist, who began writing at the age of 21 and published his tenth novel, Afterlives, in 2020, is only the second black African to be awarded a Nobel Prize in Literature.

We were pleasantly surprised by the award of the Nobel to Abdulrazak Gurnah, an author we were completely unaware of, but who, in a quick survey of his biography and work, we found to be an extremely important voice on pressing issues that interest us and for which the Humanity must be sensitized. That Literature can contribute to a more reflective, more diverse world is to attribute a primordial role to it.

Born in Zanzibar, Gurnah wrote mostly in England, the country that took him in as a refugee. The theme of his work, of what we were able to perceive in a first research, goes through post-colonial studies, the experience of refugees between cultures and continents, always looking for a truth that escapes a simplistic explanation. One of the aspects that aroused the most curiosity was the fact that Gurnah presented us with a plural, multicultural Africa, and not the portrait of a uniform continent.

We like it when the Academy surprises us with a choice that is completely out of the box, throwing down the most expected names. It shows us that, after a very rigorous selection process, the choice can represent a novelty, a discovery for the vast majority of readers. We await the publication of his work in Portugal!

Sandra Cavaleiro is the person behind the Leituras Descomplicadas project (@leturasdescomplicadas), born in 2019. She is a curious reader, with varied interests, but in which non-fiction about the Contemporary History of Europe takes on particular interest. There is also space for children's literature, “because «the son of a reader, he will be a reader» and it is important that our children make books their safe haven”.

Carolina Branquinho is 25 years old and, because she loves to read and share her readings, in 2018 she created the Instagram page Singularidade dos Livros (@ singularidades.dos.livros). She loves following the announcement of the Nobel Prize for Literature and discovering the award-winning writers and their works, “as it is a way to meet new authors and new cultures”.

Álvaro Curia and Ludgero Cardoso bring to life the literary profile of Instagram Literacidades (@literacidades). Together, they also write for the blog and literary magazine WookAcontece. Álvaro is from Porto, a Portuguese teacher for foreigners and a researcher. With a background in Journalism, he has worked for several national media. Ludgero is a newcomer from Porto and is dedicated full time to the creation of digital content. He has a degree in Education, but it is in digital marketing that he sees himself working in the future. 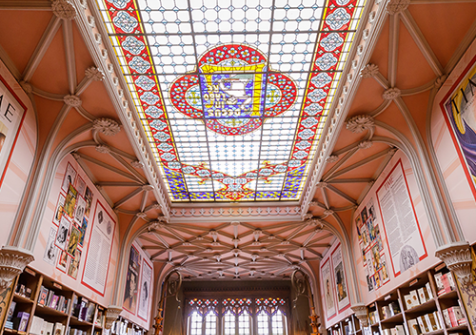 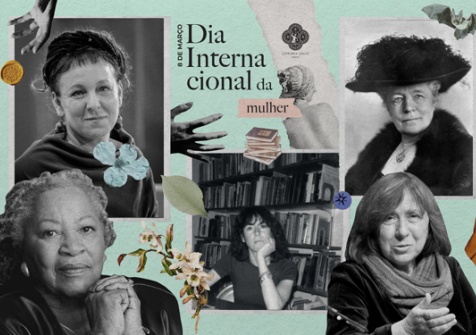