A toast to a sustainable development 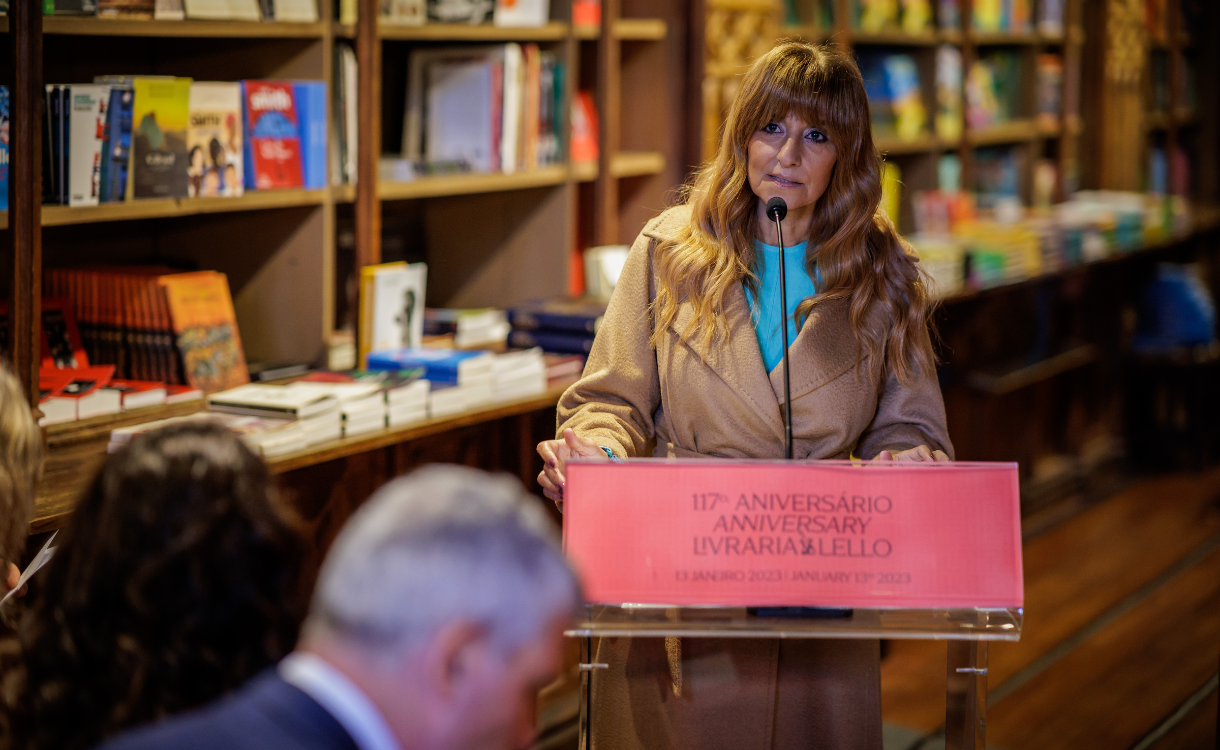 Butterfly Mark, Fish Motel, and Bob Dylan were some of the moments that were part of the 117th anniversary of Livraria Lello. The mission of getting the whole world to read has come together with that of helping to make the future more sustainable, focused on the environment, and the community. The result? Another anniversary making a difference!

WWF Executive Director, Ângela Morgado, kicked off the event with the inauguration of a Fish Motel outside the bookshop. Within the scope of the “Água Doce” program, the project intend to raise awareness of the problem of obsolete barriers, which compromise biodiversity, preventing fish from reproducing.

The official ceremony began with the intervention of the administrator of Livraria Lello, Aurora Pedro Pinto, who reinforced “environmental, economic, social and cultural sustainability”.
This was followed by the attribution of the Butterfly Mark by Positive Luxury, one of the most memorable moments of the day. Diana Verde Nieto, Founder and CEO of Positive Luxury, spoke about the sustainability seal, which is only awarded to a very limited set of brands that comply with the company's demanding standards.

This anniversary was attended by Rui Moreira, Mayor of Porto, who highlighted the “unique international prestige, which the city of Porto enjoys a lot both in terms of heritage and culture and as a tourist destination”. He also recalled “the time when it rained inside Livraria Lello” and that now, with the new administration, “the Livraria is more dynamic than ever”. I didn't want to finish without mentioning that “today, Lello is not only one of the most beautiful and fascinating bookstores in the world, but has also achieved an enviable business success”.

Nuno Fazenda, Secretary of State for Tourism, Commerce and Services, who was also present at the official ceremony, highlighted the delivery of Livraria Lello, stating that “we can have the competence, we can have the professionalism, but successful projects are those that have soul and emotion”.

On the same day, Livraria Lello exhibited to the public, on the first floor, one of Bob Dylan's letters, in a fantastic mirrored bell. In the letter, the exchange of love between Robert Zimmerman, the singer's real name, and his beloved is visible, where he himself addresses the dreams and goals he had as a teenager.

But the surprises did not stop there. Livraria Lelo also launched, on the 13th, a collection of three essential works of world literature, entitled Dystopias, namely: 1984; The Iron Heel and The War of the Worlds. All are produced entirely in Portugal, with paper coming from responsibly managed forests. The institutional book, Livraria Lello: O Livro, was also launched.

The ceremony ended outside, where everyone sang congratulations in unison, tasted bread made by the bakery Ogi by Euskalduna by chef Vasco Coelho Santos, and toasted another year of goals achieved with Port wine.
02.11.2021
News